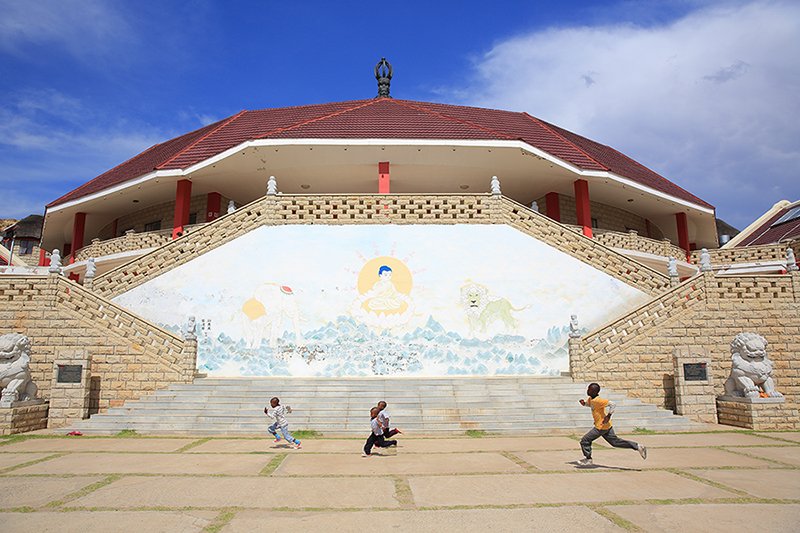 The first to fifth phases of the ACC Lesotho project has been completed.   These include the twelve buildings of the fourth Park Children’s Room.  For Yuan Tong Primary School, there is one building with fifteen classrooms, one administrative building (office and ten activity rooms).  Two buildings for staff and volunteers, one warehouse, a central kitchen and dining hall, Nanwu Buddhist Hall, Dengyun guest rooms, a medical clinic, and Ganlu Fengcha Pavilion were completed and in operation.

The sixth phase of the project was awarded in November 2015.  The construction for the Yuan Tong High School, sports ground, and school canteen are currently ongoing.  Additional buildings under the sixth phase include two warehouses and two women’s dormitories. The construction started in June 2017 and is in the midst of completion.