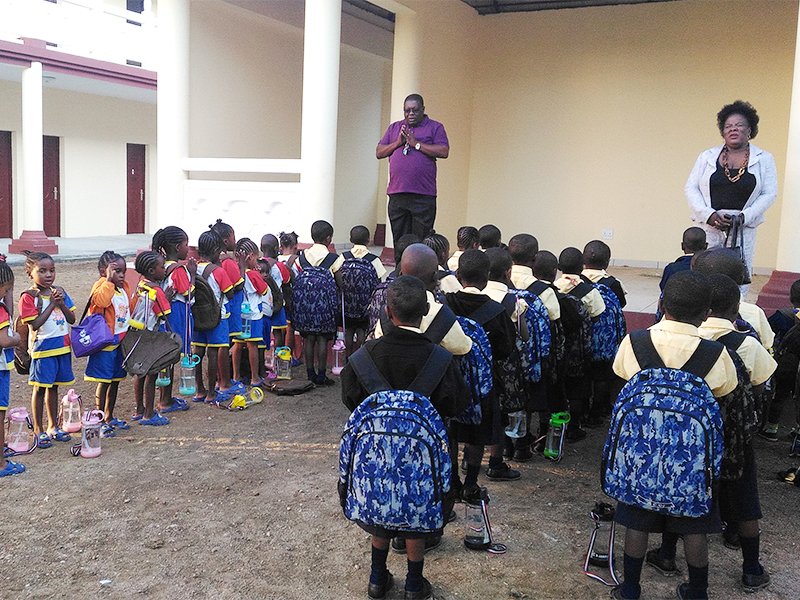 ACC Namibia held its groundbreaking ceremony in March 2014.  In 2015, two warehouses, Multi-purpose halls A and B were completed.  The second phase construction was completed in 2015-16, which included three children’s villages and two staff and volunteer dormitories.

Namibia ACC is the first to plan for a two-story children’s village, consisting of six units that can accommodate 96 children. Since July 2016, there were 23 occupants.  In January 2017, 60 children were living there.  In 2018 and 2019, there were 81 and 126 children staying there respectively.

In 2017, Yuan Tong School was officially opened. Currently, the school uses a building of the children’s village as its temporary classroom, while waiting for the next phase of project planning.

If you want to venture into a new experience of life rejuvenation, returning to the basics, to grow and to learn. We sincerely invite you to join Amitofo Care Centre to help the African children.
Join Us
Join Us