Venerable Master Hui Li from Taiwan has been preaching Buddhism in Africa for 20 years. He witnessed poverty, illness, unrest, and deaths shrouded over Africa, and vowed to propagate Buddhism in 54 African countries.  His benevolent actions and the setting up of ACC won praise from leaders and first ladies of the African nations.

Master Hui Li has been awarded ‘LOVING OF LIFE’ medal, some of whom refer him as the Buddhist Albert Schweitzer in praise of his significance and contributions. 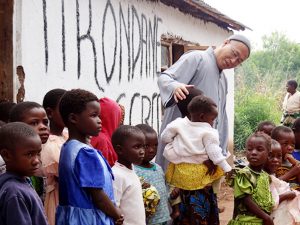 Master Hui Li, also known as “Xin Shi”, was born in Wanluan, Pingtung in 1955, a typical rural child. As the family was poor, he had to help out on the family farm with his parents in the field. It trained him to be taciturn, hardworking, and strong physically.  All these qualities laid a solid foundation for his mission in the later years.

The young Master Hui Li worked as a night security guard at a primary school during junior high school.  The graveyard beside the school gave Master Hui Li another perspective of the human life cycle. While staying at Chaozhou Mingxin Buddhist Hall during high school days, the “Memoirs of Eminent Monks”  introduced him to Buddhism while the “Platform Sutra” got him to give up meat and become vegetarian.

In 1974, he was ordained by Master Hsing Yun of Fo Guang Shan, and in the same year, he went through upasampadā.  He subsequently graduated from the Institute of Buddhist Studies.  He later worked at Fo Guang Shan as Director of Public Works, Supervisor of the Men’s Section, and Supervisor of Infrastructure Projects.

In 1992, upon the request of Venerable Master Hsign Yun, Master Hui Li volunteered to go to South Africa.  He spent ten years setting up the first Mahayana Buddhist Temple (Nan Hua Temple) in Africa, and became its Abbot.

He saw poverty and hardship in Africa and people were not introduced to Buddhism.  He thus made a vow to propagate Buddhism there.  He was seriously injured in a car accident and encountered malaria on several occasions.  Although suffering from the symptoms of malaria, it did not dampen his resolve in spreading Buddhism into Africa.  He joked that the suffering had made him become a true African. 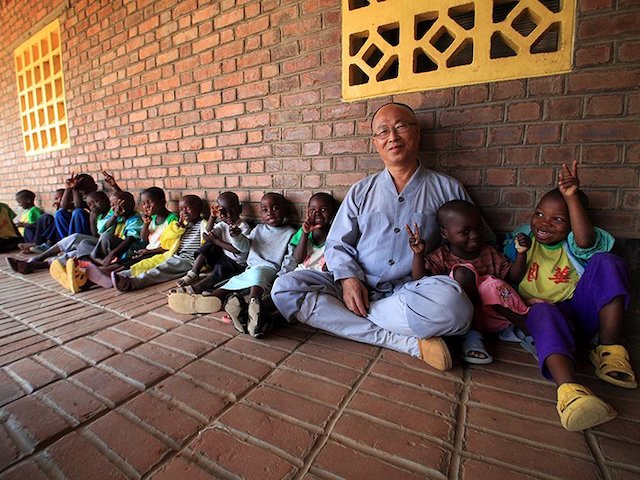 In 2001, Master Hui Li stepped down as the Abbot of Nan Hua Temple and furthering his mission to spread Buddhism to more African countries.  His footprints included Malawi, Tanzania, Zambia, Zimbabwe, Chad, Nigeria, Cameroon, Ghana, Burkina Faso, Congo, Senegal, Liberia, Swaziland and Lesotho. His trips to various parts of Africa were to recruit students for the Buddhist College, for humanitarian purposes, and for the adoption of orphans.

Master Hui Li always advocates the localization of Buddhism. The establishment of the African Buddhist Institute in 1994 was the first step.  Although it was not what Master Hui Li had envisioned, there were still close to ten local Bhikkhus being groomed. Some of them have returned to their home to preach (such as Master Huiran in Congo and Master Huihong in Malawi), while others have been practicing in the Fo Guang Shan Temple.  In time, these Bodhi seeds of African Buddhism will sprout and flourish locally.

The ACC Malawi was the first stop of Master Hui Li’s deeper engagement in Africa. The first phase of the project was completed in October 2005, with the goal of fostering 2,000 vulnerable children. (As of 2017, thousands of vulnerable children have been sponsored).  AIDS care centers, vocational training centers, Buddhist colleges, etc would be established in the future. These children would be selected and groomed into respectable monks. Master Hui Li felt that Africa has the potential to produce many monks in the future. 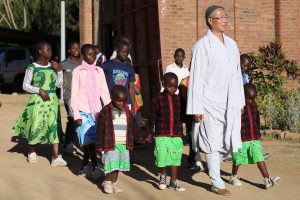 One must have endurance and perseverance when working in Africa. From building Nan Hua Temple to setting up ACC Malawi, most people would consider an impossible task for Master Hui Li.   Yet, Master Hui Li firmly believes that if there is Buddha Dharma, there will be a way.   In particular, the Amitofo Care Centre in Taiwan and the Pu Hsein Foundation have garnered support from the public and provided important backend support to spreading Buddhism in Africa.

Africa was originally a Buddhism “desert”. The effort of Master Hui Li has however started to see results.  While it is a long way to go, it is not too much to call Master Hui Li the “African monk”.